The design engineer releases drawings. The land owner wants to know how much it will cost to develop the idea or plan. Some will hire an estimator. Some have their own. Others have what they think is a better plan.

What’s the nature of the better plan? Far too often, it’s to shift the burden of determining the cost to the general contractors and their subcontractors. The engineers or developers release the plans for “pricing”. They ask ABC Corp to bid on the project.  The bidder receives large volumes of paper, but no quantity survey. It is up to them to survey the drawings. It is implied that the quantity survey is part of the bidding process. But is it, and more importantly, should it be?

As an independent estimating consultant, I often approach engineers, designers, and owners to discuss the value that I potentially bring to their project. A common response is: “Why would I hire you to do the same work that the bidders provide for free?” Many know why, but, surprisingly, many still do not. So I will do my part of leveling the playing field, and explain this mystery.

Contractors and Sub-contractors spend a lot of time and money to develop their bids. Whether they have their own in-house estimator, or whether they hire a consultant, they still bear the cost. The quantity survey is the larger portion of that. Naturally, every smart business person will pick and choose what they want to invest in. Your project will not be on every contractor’s list. Simply, you will not get as many bids as you would like, and you may not get any bids from the companies you want to work with, because they are either bidding the projects that have owner or engineer provided quantities, or have chosen to invest their estimating time and dollars elsewhere.

Including a quantity survey as part of the bid package provides another benefit to the project owner. It keeps things clean and simple – the playing field level. The construction world can get quite a bit murky, and the quantities arena is a breeding ground for that murkiness (aka change orders). I have seen many a project manager attempting to make heads and tails out of several quotes for the same scope of work, without success.  If the quantities are not identical, then the playing field is not level. The confusion will lead to a change order or two (or three) down the road. Trust me on that. And if you believe in holding companies to their mistakes, then we need to have a longer discussion about that some other time.

I often get a call back from a client inquiring about why his quantities are different than the other bidders. Almost invariably, the construction manager told him so. It is implied that he must figure out a way to make his quantities match those of the other guys. After verifying that my numbers are accurate, I sometimes wonder if the other guys are told the same thing, and where that leads.

There are many possibilities as to why the other bidders have different numbers. Sometimes it is simply because all other bidders are taking their quantities from the same local material supply house, whose estimator did a rough take-off as a service to the client. They aren’t really bothered by the “roughness” of the take-off, as they get paid for every length of pipe that leaves their yard. That is just one example. But when the sun sets, who pays for the discrepancies?

Let’s examine another facet of this argument. Is it fair?

Since my specialty is sitework and civil estimating, I commonly get a civil design with a geological study and report, and soil borings to go with it.  The Site Contractor is requested to find out how much rock (or other unsuitable material) will be generated by the design. Although I am happy to provide the study to any client that requests it, I fail to understand how that responsibility has been shifted solely to the contractor hoping to get the job. What is most intriguing is why the land owner or design engineer accepts the information provided by the site contractor as valid, without knowing the skills of the estimator behind it. If a site contractor is capable of breaking and excavating rock, are they also capable of assessing how much rock there will be on the site, and its impact on the engineer’s design?

It is always essential that the project owner be aware of the true cost of developing their plan. This information is best provided by a qualified, professional estimator that has no bias in either direction. A project owner does not need to have an estimator on his payroll to do it the right way. The consulting estimator is very in fashion for this reason. Try it – you will never want to do it any other way.

About the author: Rifka Malik, CPESC, is the President of Sitework Estimating Services, Inc. and a board member of CERT, the Consulting Estimators Round Table. 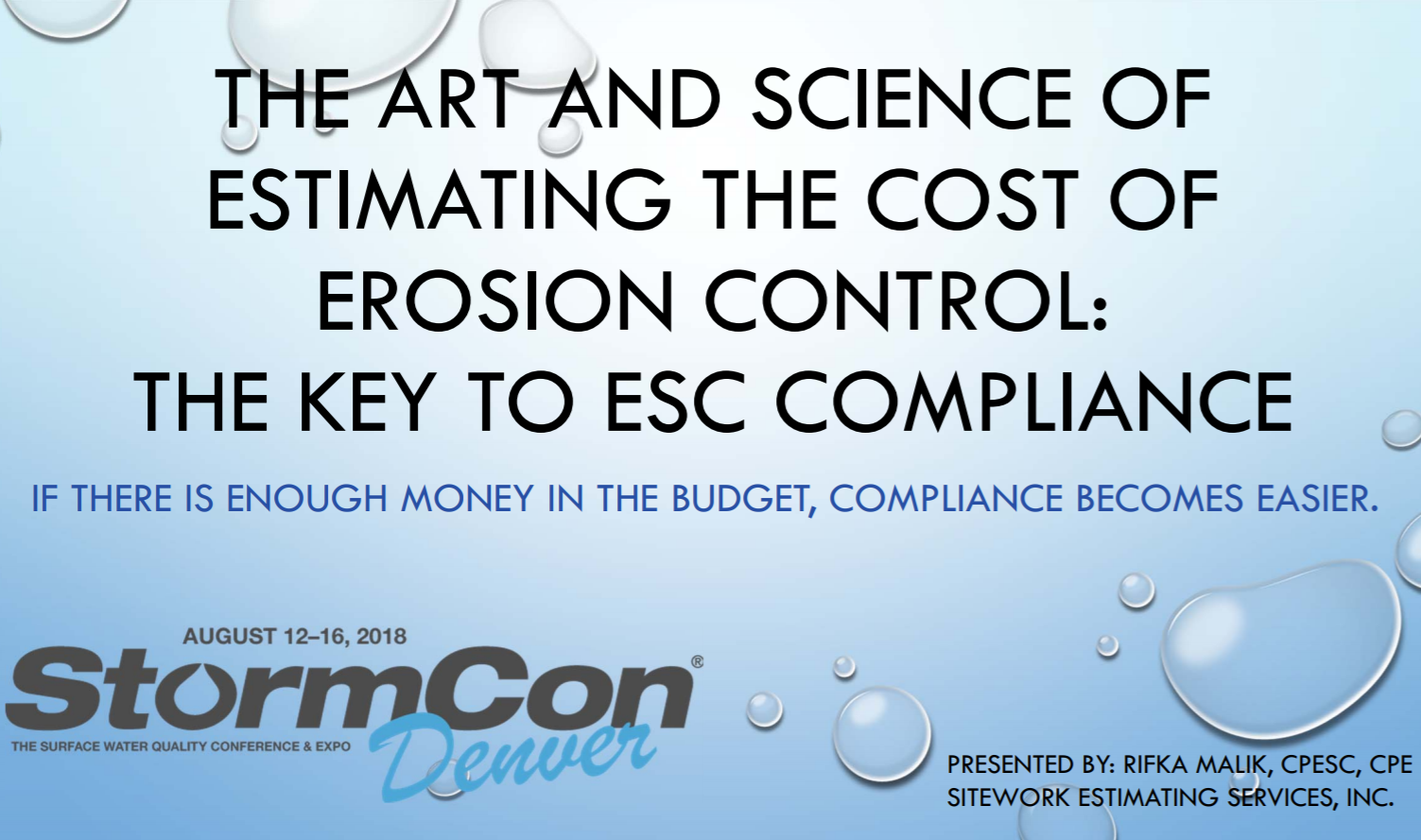 Presentation: The Art And Science Of Estimating The Cost of Erosion Control 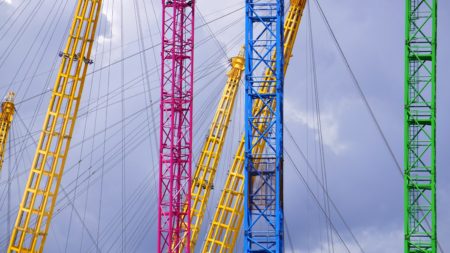 We Came In Under Budget – Said No One Ever